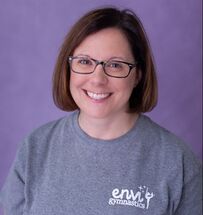 Stacey McMillan​
Stacey is all things Envi Gymnastics. She runs the office, she's the nurse, she's the Mrs. Fix it, she's the assistant coach to all the levels; Our face. She loves the Pittsburg Steelers, Clemson Tigers, and Starbucks. She's married to one of the best guys alive (HEY JAMEY!) has two beautiful children (Gracey & Mikey),  and the sweetest pup there is (Molly). Stacey is simply the best! Lauren Maloy
Lauren is our Compulsory coach! She is originally from Virginia but moved to South Carolina for college (GO GAMECOCKS!) and fully considers herself a SC girl now! She met her husband, Samuel, in college and they now have 3 little girls. Lauren coached compulsory and xcel gymnastics throughout college. Now that she is a fulltime mama, she is glad to be in the gym at nights with your little babies! 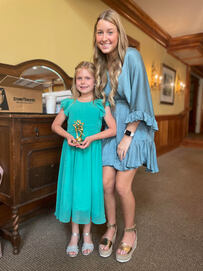 Kayla Reed
Kayla is our go-to girl. She's is currently Envi Gymnastics' bronze and silver head coach! She was a level 8 competitive gymnast until an injury ended her gymnastics career & landed her on Lexington High School's Varsity Cheerleading team. She just recently graduated high school & will be attending the Paul Mitchell School for cosmetology! 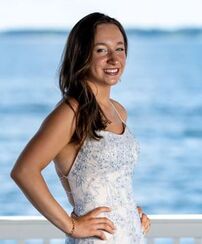 Lily Melonas
Lily is a senior at Lexington High School! She works recreational classes and is qualified to step into any of the teams here at Envi if needed! Lily spent most of her life as a competitive gymnast, and retired as a level 9! She is a previous regional qualifier & placed high in state rankings through out her career! She has also competed for Lexington High School's cheerleading team! 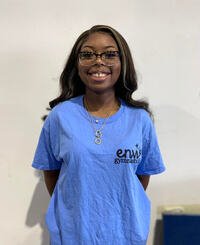 Makensi Graves
Makensi attends Gray's Collegiate Academy where she is an upcoming senior. Although prior to Envi she had no gymnastics experience, she is a now a professional recreational coach. Makensi's little sister is on our competitive gymnastics team! She keeps gymnastics fun and productive for your athletes! 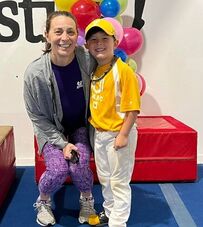 Denise Snelling
Denise has been in and out of coaching the gymnastics world since she was 17 years old. You guessed it -- it's been a while :) Back in the day, she was a gymnast & a competitive cheerleader. She has 6 grandchildren and 1 on the way that she spends ALL her time with if she's not stepping in at Envi! 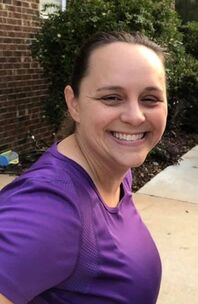 Mary Sides
Mary is all things preschool and recreational gymnastics! She has two daughters who are competing on our competitive gymnastics teams, so we roped her in to become involved too! She was a successful swimmer back in her younger days, but we are transforming her into the gymnastics world! She enjoys hanging out with her husband and three children - who keep her busy! 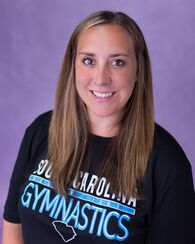 Ginelle Galub
Ginelle is the optional coach at Envi! She's been in the sport of gymnastics for over 30 years, was a gymnast from age 3 to 20, competing in college, until an injury put her into retirement. She has attained many state, regional and national titles, and was ranked first on floor & balance beam in college. Ginelle has coached several IL and SC state champions, as well as regional and national qualifiers and champions. Originally from Illinois, she is a HUGE fan of the Chicago Bears, Blackhawks & Cubs. She is the mommy of two little girls who were born and raised at Envi Gymnastics (Aniston & Dawsyn)! 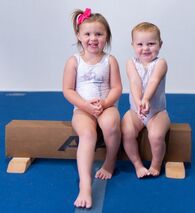 Aniston & Dawsyn Jackson
The owners here at Envi Gymnastics. They're often found in the gym swinging on the bars, walking across the high beams, jumping on the trampoline & bossing the staff around. Mostly found causing chaos but looking cute doing it :)